How to get Strong Bones for Life 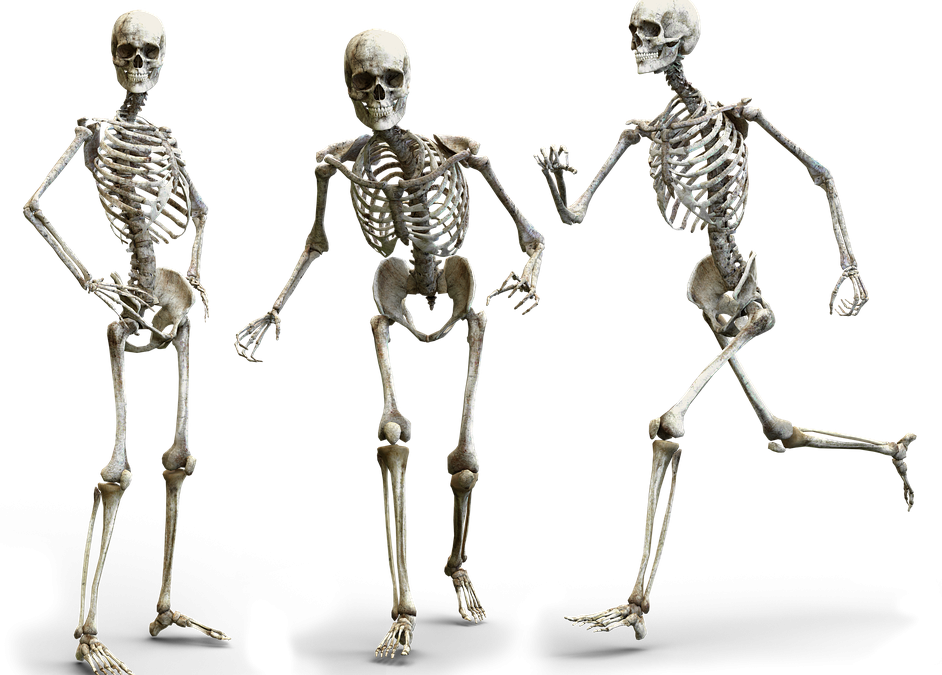 We don’t often think about about what we did as kids and how it affects us later in life. but when it comes to reducing the risk of developing osteoporosis or preventing fractures as we get older, the things we did as kids can have a real impact. Adolescence provides the best opportunity to develop strong bones that will last a lifetime, and even reduce the risk of fractures later in life.

We Reach our Peak Bone Mineral Density shortly after Maturity

During adolescence, it can seem as though kids grow 2 inches overnight. This growth spurt includes their bones as well. In fact, Adolescents develop 25% of their skeleton during this growth period, and by the time they’ve 20 years old, they’ve have developed over 95% of their peak bone mass.

After maturity, bone mass gradually decreases as we age (figure 1). In some cases, if it declines to a certain level, the diagnosis of osteoporosis can be made. 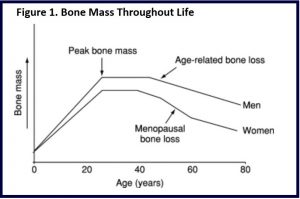 Exercise as Adolescents can help prevent Fractures later in Life.

So, if we develop more bone during adolescence, can it prevent sustaining a fracture or developing Osteoporosis late in life? Potentially yes**. For instance, A study that compared soccer players who had been retired for more than 30 years with aged matched controls (who weren’t particularly active during adolescence), found that those with the background of soccer not only had significantly stronger bones, but had also suffered far fewer fractures later in life.

**there are other factors including genetics/smoking/diet which all effect the rate of bone loss through adulthood.

It’s not just about how much bone we have, but where the bone develops that’s important

During adolescence, there are large numbers of bone-forming cells on the bone’s outer surface. This means that during adolescence, new bone preferentially gets laid down on the outside. This is important as it effectively increases the diameter of the bone, meaning it will be more resistant to bending and rotational forces (Figure 2.) 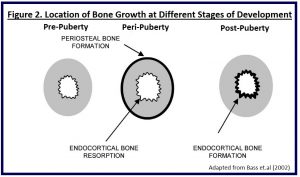 Imagine two pieces of poly pipe, one that is wide and the other which is narrow… which one is easier to bend?

The reason this is so important is because this really only occurs during adolescence. After maturation, bone growth occurs on the inner surface, which doesn’t provide the same resistance to bending or torsion.

So what exercise is good for developing bone strength?

Exercise that involves running and jumping are great for developing bone strength. Sports such as football, soccer, basketball and netball are all great as they all involve multi-directional movements that would stimulate bone development for different planes of movement.

The other form of exercise that is great for bone development is resistance training. In fact, there is a direct correlation between muscle mass and bone strength. So, getting adolescents lifting weights in the gym could be a very effective way of reducing the risk of fracture later in life.

What Exercise is Not so Good for Bone Development?

Swimming and cycling do not stimulate extra bone development in adolescents. Probably because they’re both non-impact sports that use a relatively small percentage of maximal muscle contraction per cycle. Similarly, walking does not appear to be rigorous enough to stimulate bone growth.

Don’t get me wrong – swimming, cycling and walking are all incredibly good for you, but if the focus is bone development, it would be best to supplement your training with some resistance training.

Vlachopoulos, D., et al. (2018). The effect of 12-month participation in osteogenic and non-osteogenic sports on bone development in adolescent male athletes. The PRO BONE study. Journal of Science and Medicine in Sport, 21, 404-409.